Are Teens More Likely to Take Charge of Their Health when Money is on the Line?

Are Teens More Likely to Take Charge of Their Health when Money is on the Line? 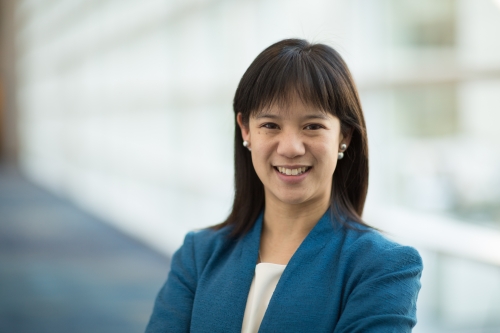 For children with type 1 diabetes, daily monitoring of blood glucose levels is vital for since glucose level awareness dictates the rest of their diabetes care, like insulin dose adjustments, eating behaviors, and physical activity. However, studies have shown overall diabetic glycemic control often deteriorates during adolescence, leading to increased risks of costly and potentially life-threatening complications. A new study shows that using small financial incentives and accessible monitoring tools such as wireless glucometers and apps may motivate young people to engage in playing a more active role in the management of their condition. The results of a randomized control trial, led by researchers at the Perelman School of Medicine at the University of Pennsylvania and the Duke University School of Medicine, show that participants in the intervention group, where a $60 monthly credit was on the line, were nearly three times more likely to achieve daily glucose monitoring goals.

Behavioral economic interventions using financial incentives have been successfully used to increase adherence to chronic disease management regimens in adult populations, but have not yet been widely tested in younger populations. The authors say the study, published today in JAMA Pediatrics, shows that the strategy may be an effective way to reach a population that has historically been considered difficult to engage.

“Young people are often financially dependent on others, such as their parents, making financial incentives an attractive option for encouraging them to become more engaged in their own health as they move into adulthood,” said lead author Charlene Wong, MD, MSPH, an assistant professor of Pediatrics at the Duke University School of Medicine, who was a Robert Wood Johnson Foundation Clinical Scholar and senior fellow in Penn’s Leonard Davis Institute of Health Economics at the time of the study. “Our results showed that offering a small monthly financial incentive significantly improved daily glucose monitoring, and suggests similar financial incentives could also be an effective way to improve management of other chronic health conditions in youth, such as medication adherence in those who have received transplants or have asthma.”

In the study, ninety participants between the ages 14 and 20 with poorly controlled type 1 diabetes receiving care at the Diabetes Center for Children at Children’s Hospital of Philadelphia were given daily blood glucose monitoring goals of four or more checks per day with one or more levels within the goal range (70-180 mg/dL). Checks and levels for all participants were collected using a wireless glucometer, which transmitted data onto participants’ smartphones, allowing them to see their progress and trends over time. During the three-month intervention period, participants in the incentive arm received $60 in a virtual account at the beginning of each month, from which $2 was deducted for every day that check goals were not achieved. During the three month follow-up period, incentives were discontinued. All participants received daily monitoring feedback letting them know whether they’d reached their daily goals and, if applicable, the remaining balance in their account.

Results of the study showed in the financial incentive group, participants achieved check goals roughly 50 percent of the time, compared to only 18.9 percent of the time for participants in the control group. Adherence to glucose monitoring goals decreased in both groups during the follow-up period (15.3 percent in the intervention group and 8.7 percent in the control group). Despite a significant increase in daily monitoring, changes in blood glucose levels did not differ significantly between the groups during either the intervention or follow-up periods.

“Digital health applications and wireless devices are growing in popularity especially among younger populations, but there has been limited evidence on how these approaches can benefit those with chronic conditions,” said senior author Mitesh Patel, MD, MBA, MS, an assistant professor of Medicine and Health Care Management and director of the Penn Medicine Nudge Unit. “This is one of the first studies to combine financial incentives with wireless glucometers and demonstrates that behavioral economic approaches show promise in helping youth to better manage their diabetes.”

Following the study period, participants were interviewed for their feedback on the study design and their performance. The authors say based on participant feedback, future studies should examine the effectiveness of using financial incentives that are linked not only improve glucose monitoring but also overall glycemic control. Additionally, given improvements in monitoring dropped quickly in the follow-up period, the authors say there is a need for more research to improve sustainability of the desired outcomes.

Funding for the study was provided by the Institute for Translational Medicine and Therapeutics(ITMAT) at the University of Pennsylvania through the Center for Health Incentives and Behavioral Economics (CHIBE) and the National Center for Advancing Translational Science (UL1TR000003).